As you can tell, I'm completely dreadful at keeping my blog updated. I'll do better.  Anyhow, I'm blogging today for a very awesome, super fun reason! 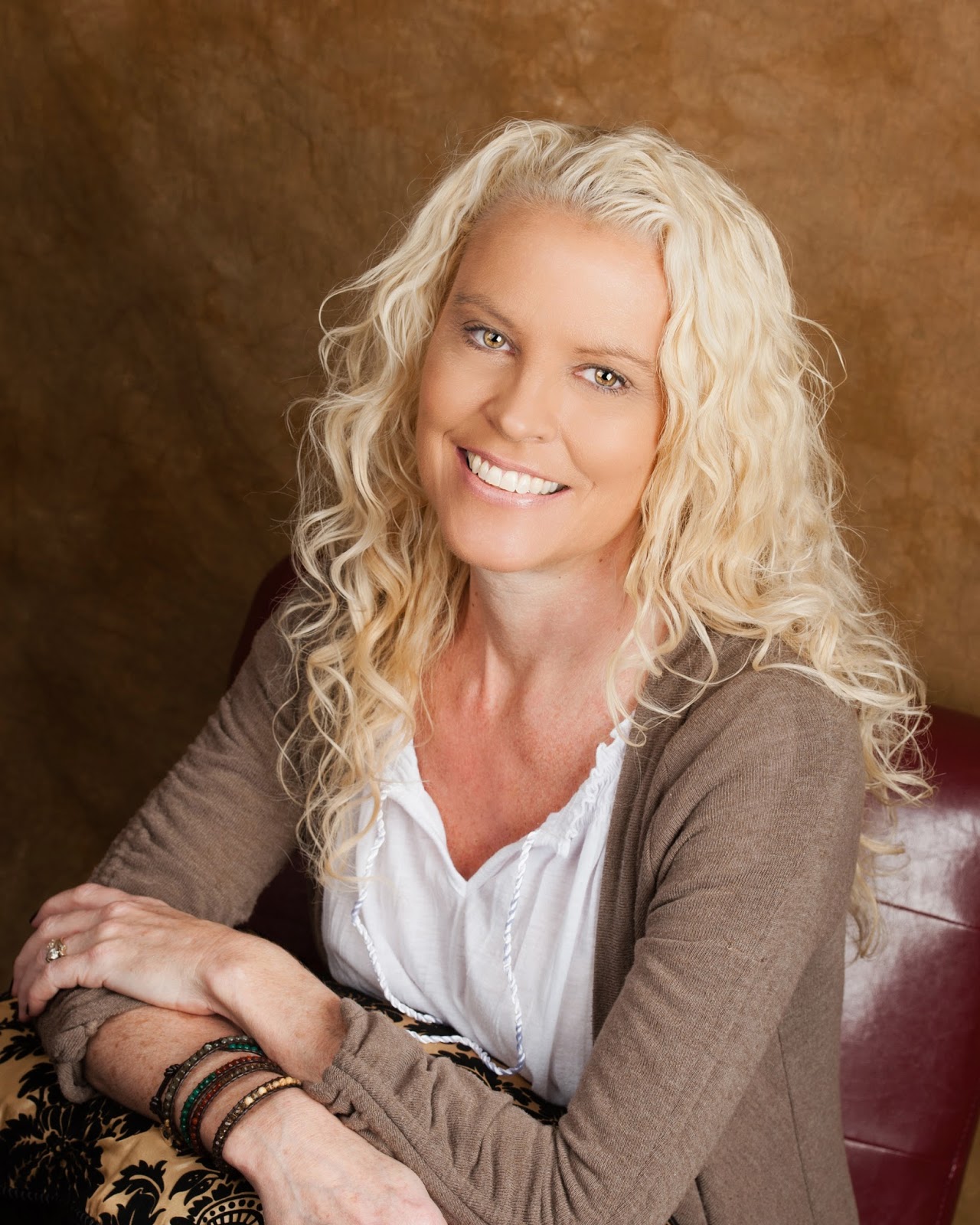 This lovely lady is Marci Lyn Curtis, my agency sista-from-anotha-mista. You can learn all about her just below!

Marci Curtis grew up in Northern California, where she went to college and met an amazing guy in a military uniform. Two college-aged kids and one dachshund later, she lives in Maryland, where she laughs too loudly and eats peanut butter off spoons. Her YA contemporary debut, The One Thing, comes out September 8th, 2015 via Disney-Hyperion. Learn more about her at Marcilyncurtis.com.

Along with her bio, I sent Marci a couple interview questions to pick from, and here are the ones she chose.

Did you ever feel like giving up?
I know this sounds strange, but no. The story had been picking at my brain for a year-plus before I started writing it. All I wanted was to get it down on paper and out of my head. Don’t get me wrong—I had a lot of doubts about what I’d actually do with it once it was finished. But when it came right down to it, I was a closet-writer and had nothing to lose, so I just went for it.
Even when I started subbing it out to agents, I was like, Well, what’s the worst they can do? Reject it? I was lucky enough to nab Kathleen Rushall—the most enthusiastic and dedicated agent on the planet—lucky to land with the insanely brilliant Laura Schreiber at Disney-Hyperion.

So I guess there’s a benefit to tripping and falling into the publishing world. I didn’t know enough about how things worked to even consider giving up. And luckily, I’m still pretty clueless. ;)
What is your favorite line/bit of dialogue?
There are a few lines toward the end of the story that I believe in strongly. They’re about the messy growth that occurs after tragedy strikes, about what happens to us when we weather through heartbreak and disaster:
What was different about me wasn’t me: it was what I noticed. What I paid attention to. After all, circumstances don’t change us. They reveal us.

Awesome answers - and I totally echo that Kathleen is the greatest agent on the planet :D

Now, without further ado, here's the blurb for THE ONE THING. (I bet you thought it was going to be the cover....Patience, grasshopper)

A soaring tale of life and love, of sacrifice and renewal, and learning to see people as they really are.

Maggie Sanders might be blind, but she won't invite anyone to her pity party. Ever since losing her sight six months ago, Maggie's rebellious streak has taken on a life of its own, culminating with an elaborate school prank. Maggie called it genius. The judge called it illegal.
Now Maggie has a probation officer. But she isn't interested in rehabilitation, not when she's still mourning the loss of her professional soccer dreams, and furious at her so-called friends, who lost interest in her as soon as she could no longer lead the team to victory.When Maggie first meets Ben, she thinks she can add crazy to her list of problems. But the precocious ten-year-old isn't a hallucination. Maggie can actually see him. She immediately befriends the kid, desperate for any chance to see again.

It turns out Ben's older brother is Mason Milton, the ridiculously hot lead singer of Maggie's new favorite band. Music is the first thing that has made Maggie feel alive since losing her sight. But when she learns the real reason she can see Ben, Maggie must find the courage to face a once-unimaginable future...before she loses everything she has grown to love.

Now, I'm lucky enough to have already started reading this, but once I saw the cover, I had overwhelming feelings of:

Okay, for reals now, here is the cover for Marci Lyn Curtis' YA contemporary, THE ONE THING. 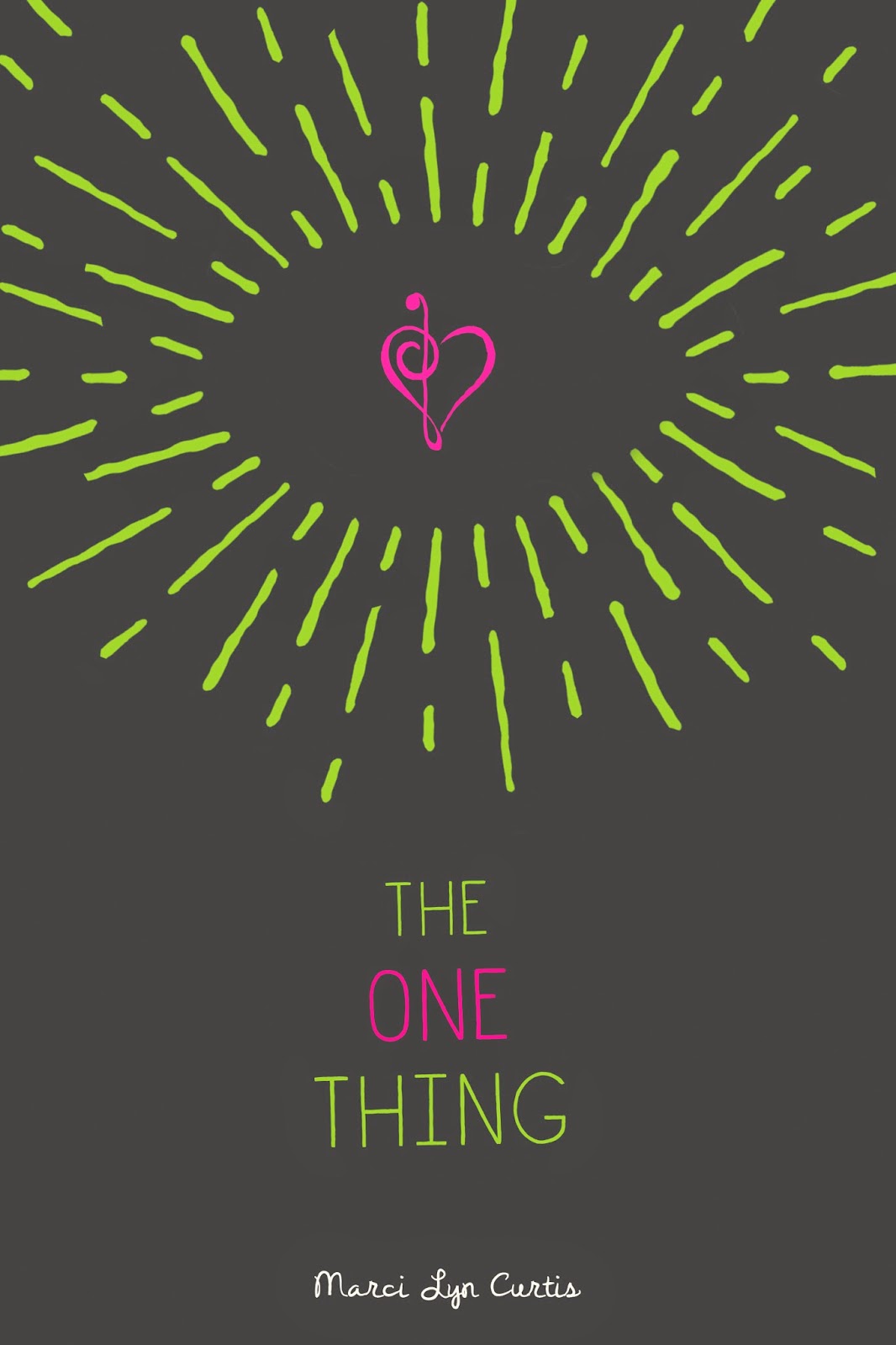 ISN'T THAT BEAUTIFUL?!  I love the color scheme and font. The pink just jumps out at you and Marci's name looks FANTASTIC...it was born to be on covers :)

Now I'm sure you're wondering how you can add this beauty to your TBR lists and follow Marci, so here you go.

If you're interested in a giveaway (and who isn't?), you can head here and enter!